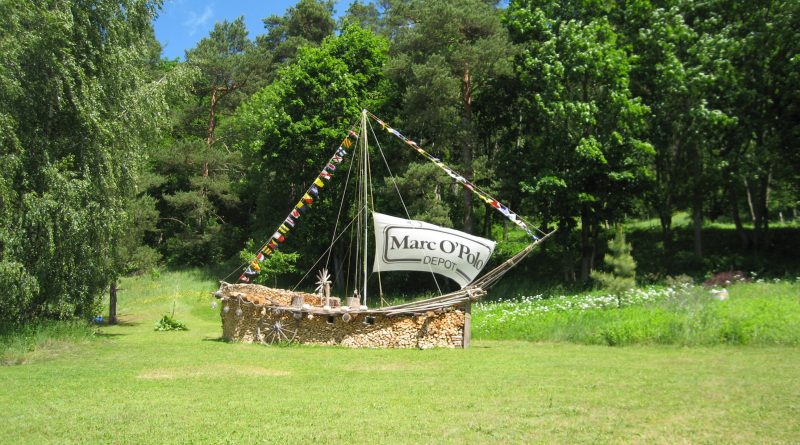 ”When the oldest son was little, he, standing on a sea shore, asked his mother where was the plug of this bath. When I saw the stone for tying boats on the internet, I knew it was the right one. I have tried to hold time (by the tail) by keeping things. There are objects which show the time by rusting or tarnishing. The time rests even in the holes of wood-eaters. The time flourishes in the flowers of dowry chest and through the years. The time is brought by the storks, shouted out by the roosters, birds and fish painted on the closet. Mill cogwheels slowly grind the time in the backyard (the coffee grinder hurries). The stone posts get covered by moss and the snow covers kilometres, versts and blocks. The sun smiles at a six ton anchor sign, the snow melts, and the time goes through the 8th block to eternity.” (Igors Celms)