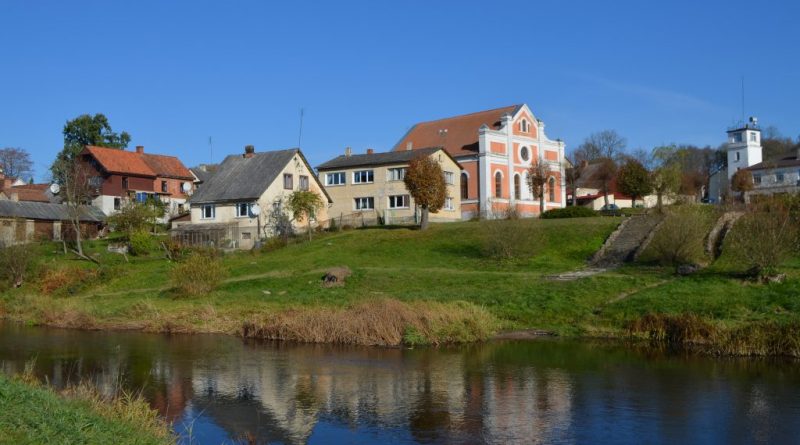 Now the Synagogue is closed because of reconstruction.

It is situated in the former Jewish synagogue. The Jewish Synagogue was built in 1890 when there was a big Jewish community in Sabile. The Synagogue was used for its purpose until the Second World War when the fascist genocide against Jews began.

Starting from 1950, during the Soviet occupation, the synagogue was used by the local school and the sport school. In the middle of 80s the synagogue was transferred to Sabile fruit and vegetable combine and was adjusted to a storehouse, but later it was empty.

At the beginning of the 1990s the sculptor O. Feldbergs and the fund ”Abava Valley” began to manage this building by raising the necessary funds from Sweden National Cultural Heritage Board and State Inspectorate for Heritage Protection. To organise exhibitions and concerts, Modern Art and Cultural Heritage Centre was created.

There was a stone erected in the square near the Synagogue in honour of the 80th anniversary of the Republic of Latvia. The author is a sculptor and the director of Pedvale Open-air Art Museum Ojars Feldbergs. During the stone unveiling day a capsule containing a message for the future generations as well as that day’s paper and some money was immured under it.