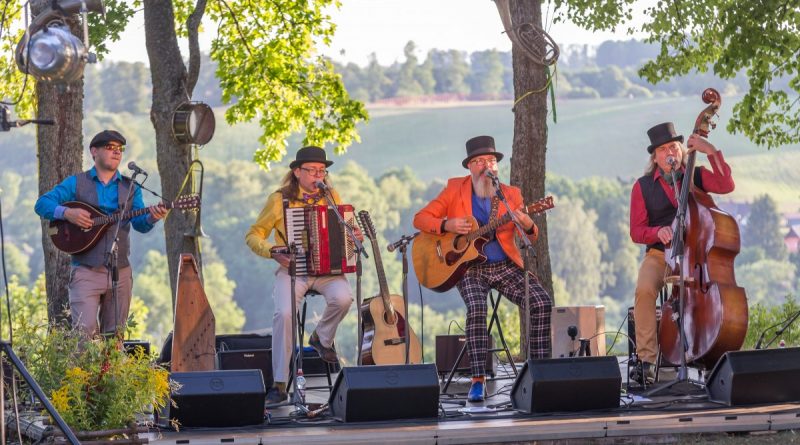 From the Castle Mound of Sabile you can see the ancient small town and it is particularly beautiful at sunset.

The Castle Mound is 25 metres above Sabile and 110 metres above sea level. There was a 1 hectare big ancient town on the north-east of Castle Mound of Sabile. This town was a subject to a document dated back to the 1422, in which Sabile “pilsats” (“pylsaten”) was mentioned. The population of the ancient town can be divided into two bigger periods: 11th-13th century when Castle Mound of Sabile existed and 14th – 17th century when the region was already dependent on the German feudal lords who moved the centre to a new location – at the bank of the Abava River.

Archaeological excavation shows that the Castle Mound was inhabited by the Livs from 10th to 13th century. Various artefacts were found: knives and awls, plowshares and fishhooks, brooches and rings, crockery as well as coins from the 14th century and many other objects, which indicate the fields of activity of the habitants of Sabile – craft, trade and agriculture.

Music lovers are welcomed to enjoy the special atmosphere of the Castle Mound during the Sabile Wine Festival. You can see the „Musical sunset” and enjoy the positive and peculiar atmosphere. The sounds of music can be heard all across Sabile.