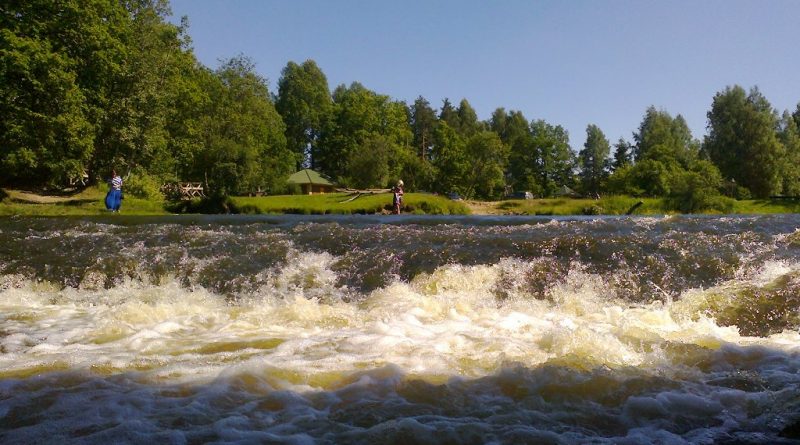 Abava River is the right bank tributary of Venta River and being 129 kilometres long it is the seventh longest river in Latvia. In ancient times children were being baptized in the waters of Abava River, because it was considered sacred.

Abava waterfall is a waterfall of Abava River. It is a unique and exquisite natural specimen of Latvia. The waterfall is being visited all through the year; however, the majority of tourists visit it during the summer.

Abava waterfall is a cascading waterfall that formed when the stream of Abava flowed over dolomite threshold. In spring flood, when the speed of the stream in the waterfall reaches up to 3 metres per second, the waterfall, which is actually similar to a big rapid, attracts water tourists. A small distributary has formed on the left bank of the Abava River next to the waterfall and it forms the Cigani Island. Down the waterfall there is an overfall called Lasi ford.

A recreational place has been created close to the Abava waterfall – camping park. There you can not only enjoy the waterfall and its natural massages, but also sleep in tents, make bonfires, have fun and rest.